In February 2017, authorities charged Kwauhuru Govan with the murder of Rashawn Brazell.  At the time, Govan was already in custody, having been charged in November 2016 for the 2004 murder of Sharabia Thomas.  Authorities suspect that Govan may be a serial killer.

Posts with new developments in the case: 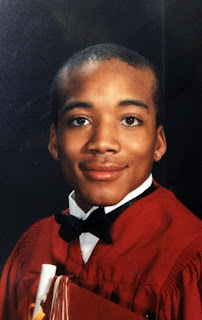 Eleven years ago, on Valentine's Day 2005, 19 year-old Rashawn Brazell left his home around 7:30 a.m. in the Bushwick area of Brooklyn, NY. A few hours later, his mother, Desire Brazell, became concerned when he did not show up for their scheduled Valentine's Day lunch.

She had reason to worry.  Rashawn had gone missing.  Three days later, all of New York City would know what happened in one of the city's most grisly murders.

On February 17, 2005, two subway workers made a disturbing discovery in a tunnel near the subway platform of the Nostrand Avenue station on the "A" line in Brooklyn.  They found a bloody plastic bag with a limb protruding.

Rashawn Brazell had been murdered and his body dismembered and beheaded. Part of his remains were found in that tunnel and more remains were found "at a recycling center where subway garbage is hauled," according to journalist Pete Donahue in his 2013 article for the New York Daily News.  Only part of Rashawn's remains were recovered, his head was never found.

According to Detective Amato of the Brooklyn North Homicide division, Rashawn's dismemberment was done with skill, by someone who had knowledge of anatomy, such as a doctor or butcher.

Police are still looking for the actual crime scene where Rashawn was killed and dismembered.  It has never been found and may contain valuable forensic evidence.

One of the most promising clues found by investigators in the subway tunnel was a black "Rooster" tool bag. 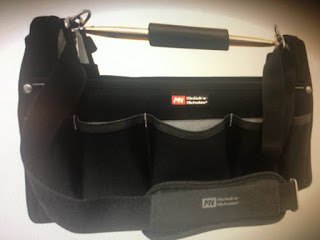 It contained drill bits and Rashawn's blood.  Investigators stated that the bag was sold at Lowe's but was also given to some New York transit authority workers in a test trial.

Police believe someone with knowledge of NYC's subway system was involved in this case, based on where Rashawn's remains were found and the use of the "Rooster" tool bag.  In a NY Times article from February 13, 2006, an investigator raised the possibility "that the killer paid someone to dump the bags."

According to his family, Rashawn was bisexual.  Early in the case, this led to media speculation that his murder was a result of a bad internet hook-up, especially because he went missing on Valentine's Day.  Terik King, who is producing a documentary called, "Rashawn's Desire," stated in this NY Daily News Youtube clip from 2013 that this erroneous speculation is part of what his documentary hopes to dispel.

Rashawn's family believes that his killer knew him. According to this excerpt from King's documentary, Rashawn was making changes in his life. He had changed his phone number and was in the process of cutting off some friendships.  His murder may have been due to a personal conflict.


I have not been able to determine if the documentary is available & released. Please visit its Facebook page for more information:
https://www.facebook.com/rashawnsdesire/

Below is the link for the detailed PIX11 news report which aired on September 14, 2014:
http://pix11.com/2014/09/16/murder-of-brooklyn-teen-whose-dismembered-body-was-found-in-subway-tunnel-remains-unsolved/#ooid=RrcG1lcDpZoyNbEIIg_hiqC-7swP9P4E


It is easy to get lost in the more grisly details of this case. I prefer to end this post on a touching anecdote his mother told the NY Times in 2006 which captures Rashawn's outgoing personality. According to Desire Brazell, Rashawn liked to cook. When his teenage friends were over, he cooked meals for them, which "his mother laughingly called 'experiments.'"

Sources of Information:
NY Times Article by Karim Fahim and John Koblin, "A Year After a Teenager Was Dismembered, Still No Answer," published February 13, 2006.
http://www.nytimes.com/2006/02/13/nyregion/13dismember.html