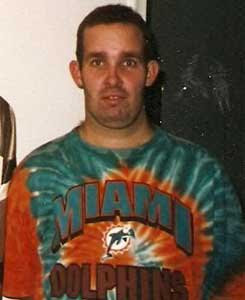 Danny Perez was shot and killed on the night of
March 12, 2010 while riding his bike.

Danny Perez was an inspiration.

He did not have an easy life.  Born in 1973 in Miami, Florida, Perez was developmentally disabled. He did not let that stop him.

He became a dedicated and accomplished athlete.  Perez was very involved in his community, especially with the Hialeah's Edgar J. Hall Special Population Center.  He shared an apartment with his brother and used his bike for transportation.

It was at Hialeah's Special Population Center that Perez trained for the Special Olympics.  He competed in multiple sports including, basketball, soccer, swimming, power lifting and cycling.

Perez won many medals. According to Mark Thompson, Executive Director at Special Olympics Miami-Dade County,  “He [Danny] was the pillar of the program.”

In 2008 the Special Olympics of Miami-Dade County and the City of Hialeah jointly awarded Danny Perez the Inspirational Athlete of the Year award.

According to a news article from NBC South Florida 6, Perez was, "[a] part-time coach, full-time inspiration and cheerleader" at Hialeah-Miami Lakes High School.  He had graduated from the school in 1992, and returned to be a part of the school's athletic department. He was part-time coach for the football, basketball, and baseball teams. 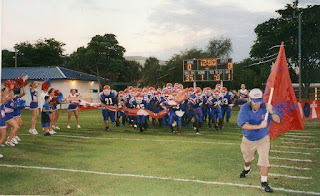 Danny Perez leading the charge at a football game.

Perez's inspirational life was violently cut short on the night of Friday, March 12, 2010.

CLICK HERE TO CONTINUE READING
Posted by Dark Sleuth at 9:29:00 AM No comments: