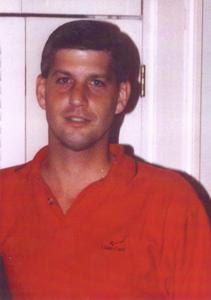 He was last seen at 4:30 p.m., leaving his job at Coopers Electronics (Rolls Royce) in Mount Vernon, Ohio.  His family was notified after Stulka did not show up for work for a few days.

A hiker noticed a suspicious vehicle in the Woodbury Wildlife Area in Coshocton, Ohio.  When authorities inspected it on August 22, 1998, they found Stulka's body locked in the trunk of his own car.

The death was ruled a homicide after the coroner determined that Stulka had died from gunshot wounds to the head.


Stulka and his vehicle were found in a wooded area off of Bedford Township Highway 57. BCI Special Agent, Eric Lenhart described it as "an oil field road off of one of the major nature preserve roads". Because the location was both very rural and secluded, authorities believe that Stulka's killer(s) was familiar with the area.

Special Agent Lenhart discusses in this WBNS 10TV interview from January 2015, that investigators don't believe the motive was a random robbery because:

"... Mr. Stulka's wallet was on him when the Sheriff's Department found him and there was quite a substantial amount of money in the wallet at the time."

Authorities believe that multiple people may have knowledge of what happened to James Stulka when he disappeared.

They need your tips to solve this case.

Click on this link to watch the full interview with Special Agent Lenhart:
http://www.10tv.com/content/stories/2015/01/17/cold-case-james-stulka-coshocton-county.html