This post is an update of the recent developments in the Rashawn Brazell case, previously covered here: 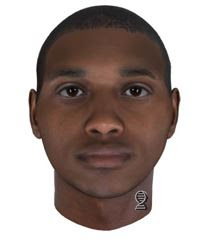 The gruesome 2005 murder of  Rashwan Brazell went unsolved for 12 years before police made an arrest in February 2017. Authorities believe that the suspect, Kwauhuru Govan, could possibly be a serial killer.

At the time, Kwauhuru Govan was already in custody.  He was indicted in November 2016 for the 2004 murder of 17 year-old Sharabia Thomas.  DNA found under the victim's fingernails matched Govan.

Both victims lived within blocks of Govan's residence in Brooklyn, New York.  Brazell and Govan were neighbors.

Now police are investigating whether Govan may be responsible for a third victim, an unidentified John Doe, whose remains were found five months after Rashawn Brazell was killed.

There are similarities in all three cases, including the close proximity of locations.  The remains of Rashawn Brazell and the unidentified John Doe were dismembered.  In both of these cases, part of the victims' remains were found in waste transfer stations.

On July 26, 2005, a recycling worker sorting garbage at the Cooper Tank Transfer and Recycling Station discovered the unidentified John Doe's torso as it made its way up a conveyor belt.

Authorities determined that John Doe's torso had been "deposited in a dumpster located at 128 Gates Ave" before the contents of the dumpster were transferred to the waste transfer station.  Gates Avenue is where both Govan and Rashawn Brazell lived in 2005.

John Doe's partial skull was recovered a few days later on July 30, 2005 from a community garden in the Bedford-Stuyvesant section of Brooklyn.

According to police, John Doe was difficult to identify because, “His hands were cut off. His teeth were removed."

For years, authorities thought that John Doe might be Hispanic, but in 2017, DNA phenotyping determined that he was Black. A DNA Snapshot facial composite was created.


In October 2017,  Lt. David Nilsen of the NYPD told Crime Watch Daily that they are investigating Govan in relation to other homicides in Brooklyn. Govan also has ties to California and Florida where he may be responsible for other crimes.

If you have any information on this case please contact:

PIX11, "Exclusive: Rashawn Brazell’s mom talks about neighbor accused of butchering her son — and targeting other teens," by Mary Murphy, May 23, 2017:
http://pix11.com/2017/05/23/exclusive-rashawn-brazells-mom-talks-about-neighbor-accused-of-butchering-her-son-and-targeting-other-teens/