By Dark Sleuth
UPDATE:
04/17/2022
WOODLAWN JANE DOE was identified in October 2021 as  Margaret Fetterolf via genetic genealogy.  Not much is known about Fetterolf, other than she was a young woman who went missing from Virginia in 1975.  The investigation into her murder remains ongoing. 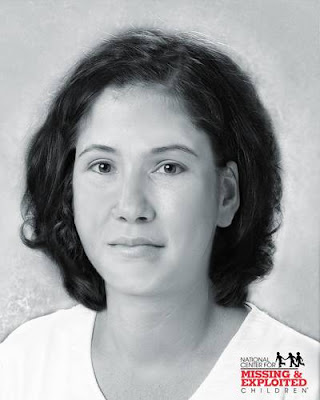 Who is "Woodlawn Jane Doe?"

It has been nearly 40 years since Sunday, September 12, 1976, when the body of a young woman was discovered along an access road in Woodlawn, Maryland, near the Lorraine Park Cemetery. She suffered greatly before dying. She was drugged and tortured.

Although her body was found in Maryland, there are several clues that suggest a link to Massachusetts.  Police in Baltimore and Boston are working closely to identify her and solve this case.

According to the National Center for Missing and Exploited Children, her age was estimated to be between 15-25 years old when she was found.  She had brown hair and brown eyes and was approximately 5'8" in height.  Her estimated weight was 159 lbs. Her skin was of a dark, olive complexion.  She had a tattoo, with the letters "JP," which detectives believe may have stood for "Jamaica Plain," a neighborhood in Boston.

She had been drugged with the sedative Chlorpromazine, an anti-psychotic medication. 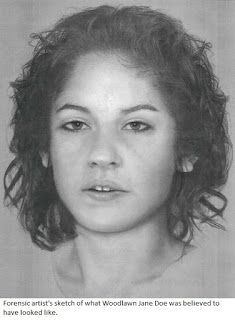 She may have been wearing a dark leather shoe that was found near her body.

She wore a thin leather strap necklace with a blue turquoise bead.

She had two keys, one of was made by ILCO in Fitchburg, Massachusetts.  The keys were fastened to a pin, pictured below.

Over her head were bandanas, as well as a "Farm Bureau Association" grass seed bag.  This type of seed bag was sold in only 5 retail locations in Massachusetts: Waltham, South Weymouth, Rochdale, Lowell and Greenfield.

In an interview with WCVB 5 ABC News in December 2015, Boston Police Sgt. Detective Bill Doogan said the Arboretum was a "place for young people to hang around, just lounge around, goof off."

Was "Woodlawn Jane Doe" one of those young people?

In 2015, police received a tip that Woodlawn Jane Doe may have been from Jamaica Plain in Boston.  The tip suggested that she may have moved there with her family from Puerto Rico.

All possibilities are being considered and police need your help in solving this case.

Metro Crime Stoppers at 1-866-7LOCKUP
https://www.tipsubmit.com/WebTips.aspx?AgencyID=629
* You can remain anonymous with Crime Stoppers*