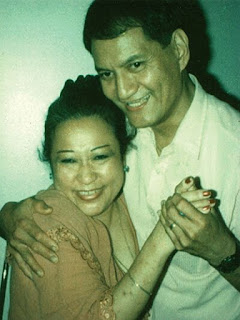 Victor Atienza was backing his maroon 1986 Jaguar XJ16 out of the driveway first, making his car the one closest to the road. According to Louie Atienza in a Westchester Magazine article from August 2015, this was uncharacteristic.  Louie's car was usually closest to the road.

Louie watched from his rearview mirror as a man approached his father's car.  In an interview featured on USA Today on June 26, 2013, Louie discussed the possibility that the unidentified man may have "bumped into the car."

The assailant was described as "wearing dark clothing and a hood."  At first it looked to Louie like the unidentified man was holding a cane, but it was actually a gun.

The assailant said something to Victor, hit the driver's-side window with the gun and shot Victor.

Louie sprung into action and tried to chase the unidentified man but lost him.  He returned to try to help his father who did not survive the attack.

Even in 1996 police knew it would be a difficult case to solve. There was little evidence and not many witnesses.  In a USA Today article, Detective Tilson of Yonkers Police said:

The case is currently investigated by Detective John Geiss of the Yonkers Police Dept. Cold Case Unit.  According to Detective Geiss, there may be a possible link between Victor Atienza's murder and a series of cab robberies in the area.  The assailant in those robberies was described as "a man wielding a sawed-off shotgun."

According to a Westchester Magazine article, that night a cab company dispatcher received a call for a pickup.  The dispatcher felt the call was suspicious and didn't send the cab. The location for the pickup was said to be on the same block as the Atienza home.

“I guess the guy who did this was going to rob a cab.  The cab didn’t show up; he sees a guy with a Jaguar. It’s a rainy night, it’s dark, he figures, ‘What the heck; let me get something from him.’ Something went wrong; either Victor didn’t cooperate, or he didn’t move fast enough.”


This short video is part of the June 26, 2013 USA Today article on the case.  It features interviews with Detective Geiss and Louie Atienza, as well as images of the location and car:

Victor Atienza is described by police as a good man who was "at the wrong place at the wrong time."

Authorities believe that someone knows more about this case. They also believe that others may have been robbed by the same assailant and may be able to provide valuable information.