BY DARK SLEUTH
UPDATE:
In January 2021, filmmaker Andrew Acciaioli uploaded a great short documentary, What Happened to Henry? to YouTube.  It contains family photos, interviews and important information on the case from investigators. 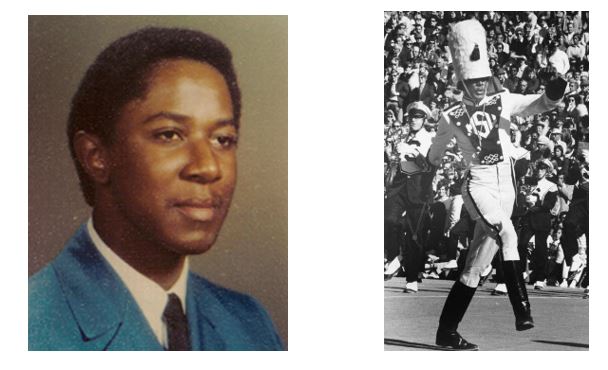 Henry Baltimore, Jr. was a drum major at Michigan State University
when he went missing on May 30, 1973.
(Source: NamUs)

Henry Baltimore, Jr. had a bright future ahead of him. His family described him as "a leader, yet a fun-loving young man." These were the same qualities that made him a drum major at Michigan State University, where he studied music.

Two months before he went missing, Baltimore reported that he was the victim of an armed robbery.  Two men entered the apartment he shared with roommates and stole cash, clothing and a watch.  Out of fear, Baltimore waited several days before informing East Lansing police in March 1973.
Baltimore disappeared just before he was set to testify at the arraignment of one of his attackers.  He described feeling threatened and afraid for his life.

In 2014, more than 40 years since Baltimore went missing, his family gathered with police and Crime Stoppers for a public plea for information.

Please watch the MLive video below from November 19, 2014 featuring his family:

One of his attackers is described as having ties to Flint, Michigan.  East Lansing Police Lieutenant Wrigglesworth stated at the press conference:


"There's no doubt in my mind that several people were involved in Henry's disappearance were from the Flint area at the time and there may be people from the Flint  area that know where Henry's at, or who did what to Henry."

There are several rewards being offered for information leading to either finding Baltimore or prosecuting his killers:

Baltimore was 6'2" and approximately 175 lbs when he went missing.  He was African-American, with black hair and brown eyes.   His NamUs profile states he was last seen wearing a black turtleneck sweater, light grey slacks and black & grey shoes.

Baltimore's disappearance devastated his family.  In this MLive article from November 19, 2014, his sister described their father's reaction:


"...my father being a former marine was a very strong man, that was the first time I ever saw my father actually break down and cry, just knowing that something must have happened to his son."


Sadly, both of Baltimore's parents have since died.

In March 2019, Baltimore's case was featured on the podcast, The Trail Went Cold.

The episode is well-researched and definitely worth a listen.  Hopefully it will bring much needed attention to the case: 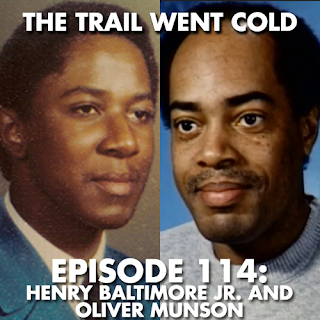