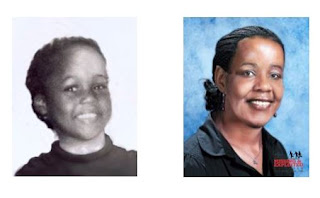 Alisha Smiley was at the Omni that day with her aunt and 4-year-old cousin.  Her aunt left the two children sitting unattended on a bench inside the Omni, while she went outside to a ticket booth to purchase tickets for a wrestling event.  When the aunt returned only Smiley's cousin was still there.  Alisha Smiley was last seen at approximately 1:45 p.m.
According to a June 16, 1985 article from the Atlanta Daily World, Smiley's aunt explained why she chose to leave children alone inside the Omni Complex while she purchased tickets outside: